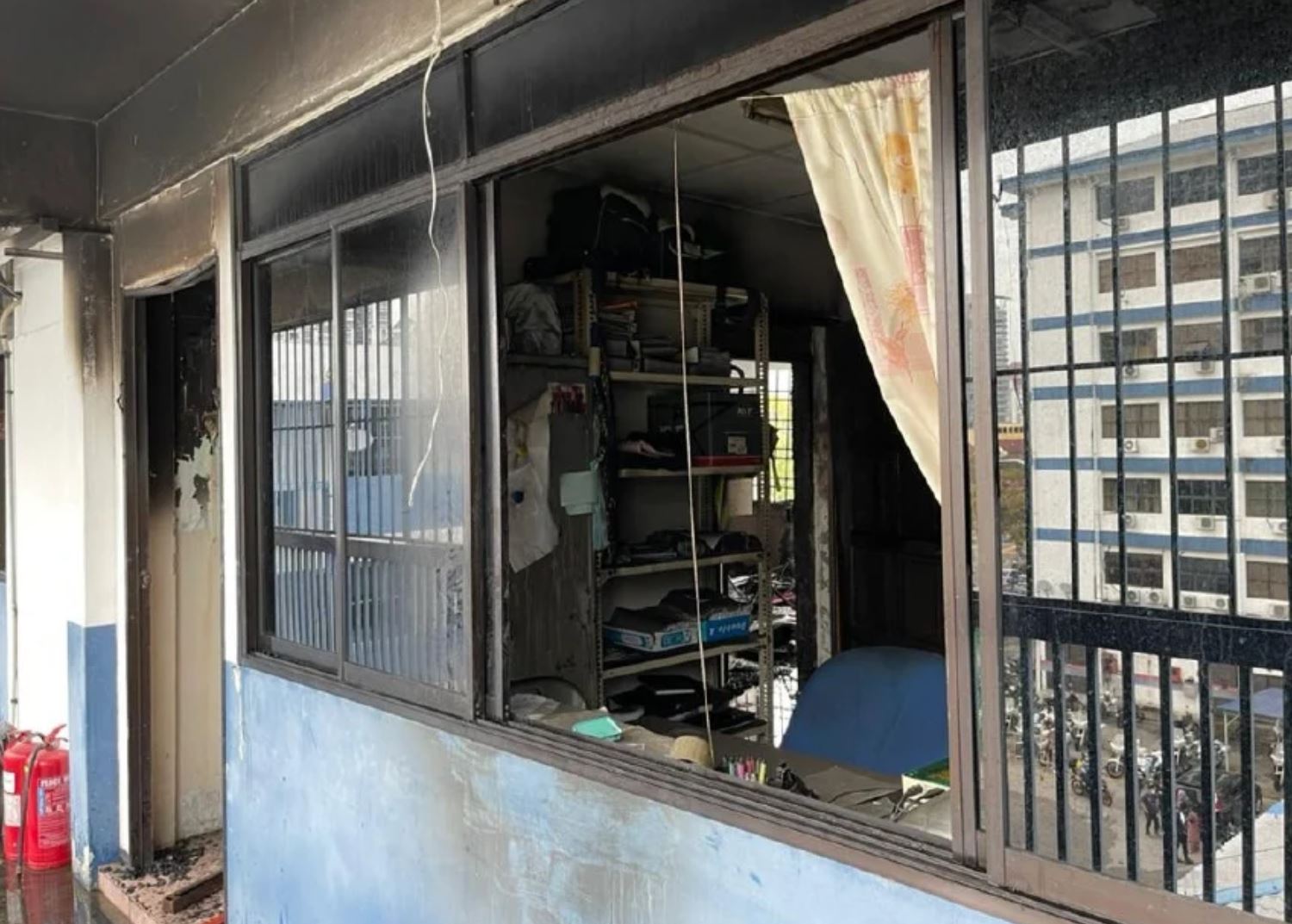 Fire broke out in a room at the Northeast police headquarters’ Narcotics Criminal Investigation Department this morning, damaging some 40 per cent of the structure.

The room, located on the fourth floor, houses the administrative and photography units. No one was injured in the incident.

He said the cause of the fire was still under investigation.

“The northeast district police wants to make it clear that the fire did not damage important investigation documents, including case exhibits. It will also not affect cases under probe or those which have been brought to court.

“The contents of documents razed in the fire had also been keyed into the police’s information system prior to this.

“As such, we urge people to stop speculative comments with regards to the fire, which can create an unhealthy perception among the general public,” he said today.

Following the incident, netizens had taken to Facebook to post negative comments, including speculating that the incident is intentional to destroy evidence so that wrong-doers can be freed from prosecution or convictions.