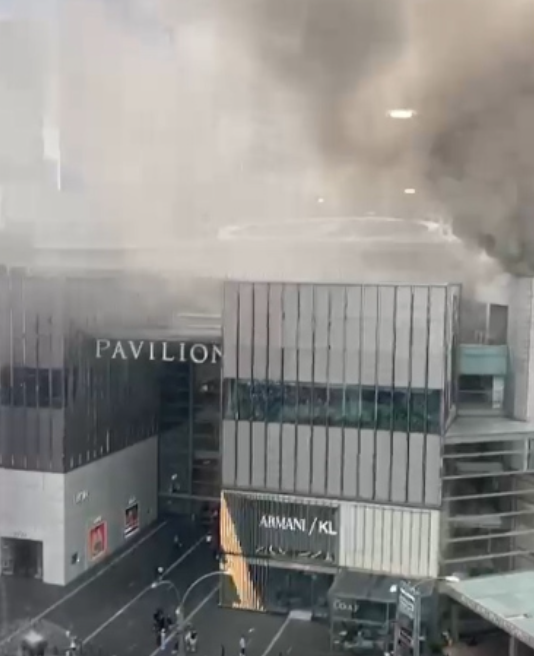 The confirmation came after pictures showing thick smoke billowing from the roof of the mall began circulating on social media.

Kuala Lumpur Fire and Rescue Department said the fire started in the duck-roasting area inside the restaurant’s kitchen located on the first floor of the mall.

Eleven firefighters and two fire engines were dispatched to the scene upon receiving an emergency call at around 2.12pm today.

“The fire eventually extinguished itself. At the same time, five fire sprinklers broke due to the heat generated by the fire,” the department said in a statement here.

No loss of life or injuries was reported during the incident.

As for the pictures of the thick smoke, a department spokesman said this was due to the fumes exiting through the mall’s chimneys during the restaurant’s kitchen preparation area.

Separately, Pavilion Kuala Lumpur said it remains open for business as usual and that it was taking all the necessary precautions to ensure the safety of its patrons.

The mall also confirmed that the cause of the fire was still being investigated.