Fire breaks out on top floor of Bukit OUG condominium 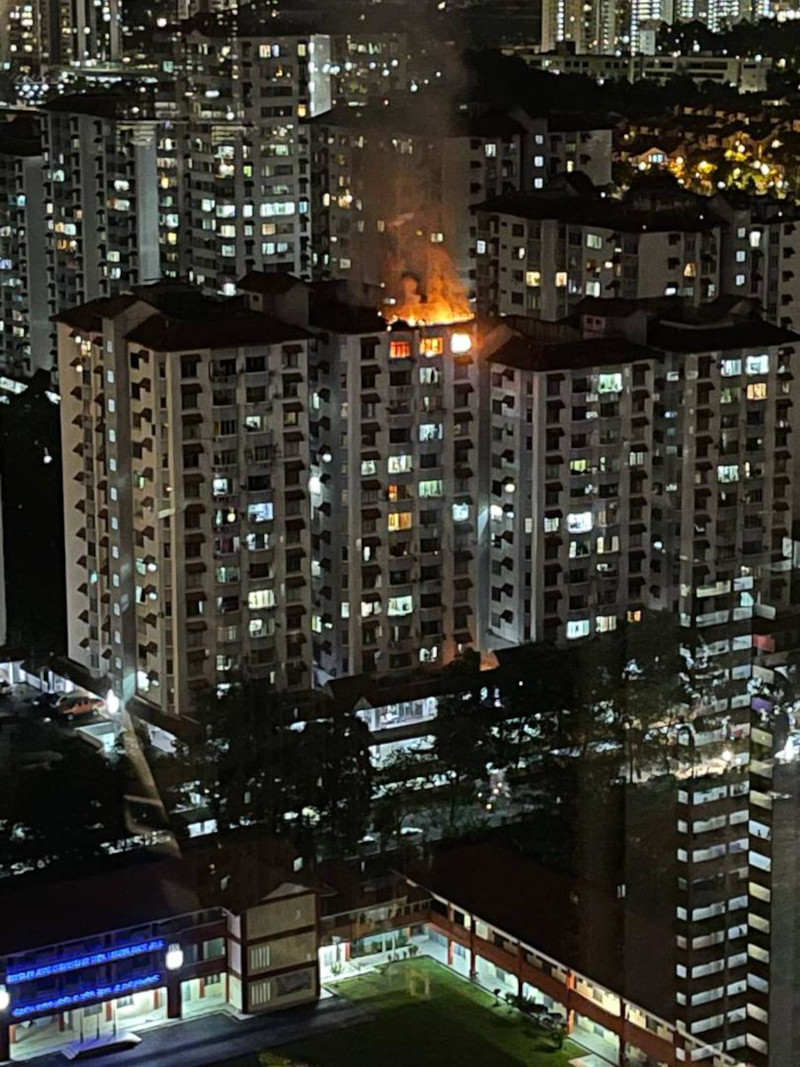 A fire broke out at the Bukit OUG Condominium in Bukit Jalil tonight almost destroying two units on the top floor.

The Kuala Lumpur Fire and Rescue Department said there were no casualties.

In a statement, senior operations commander Mohamad Hafidz Yaakob said they received a call at around 9.14pm and arrived at the scene nine minutes later.

Some 45 firemen, who were deployed from four stations, managed to put out the fire by 10.30pm.

“The cause of the fire is still being investigated,” he said.

Short clips of the fire taken from nearby buildings and shared on social media, showed what looked to be like debris engulfed in flames falling from the top floor.

According to a witness who wished to remain anonymous, she said she heard a loud explosion prior to seeing the falling debris.

“It sounded like firecrackers. I saw debris fall twice,” she said.